The newspaper headline glared boldly and by morning it was on everyone's lips. Where had he been? Had he been kidnapped? Was he still the President even though the power shift had happened two weeks ago? What had happened to him during the last parade of Mardi Gras? The article under the headline was short and gave few answers.

President Hines was found stumbling along the deserted coastline of Martha's Vineyard last night, appearing hundreds of miles from where he and six secret service agents vanished. The President was last seen on July 18th, attending the final Day of the New Orleans Mardi Gras Celebrations with the First Family. Reports say he and half a dozen bodyguards simply disappeared from a public section of the parade route, while watching the floats pass. The search shut down the city of New Orleans for two weeks and was only called off three days ago, due to a lack of clues.

At one o'clock this morning, a coastguard patrol boat found the battered man, alone, and crewmen were heard to remark he was muttering about destroying the oil companies and placing PETA in a position of authority.

Following his debriefing, the President? was reportedly taken to Camp David to recuperate from his ordeal. No word has been released yet on his mental condition, status as President, or what happened to him during the three and a half weeks he was missing. There has also been no word on how he disappeared from the middle of a crowded parade route without anyone seeing.

The bottom of the article showed a haggard black man in a grimy tuxedo staring blankly into the camera. In the far background, the night lights of the coastguard ship flashed off a sludge covered beach that was littered with the bodies of those killed by the massive oil spill. And in the very corner of the photo, was the shadow of what could only be a great white shark, its glittering black eyes seeming to also be watching the man get rescued.

The Sergeant's grave words instantly brought quiet to the meeting under the Big Rock. They had come together for the Plan, dozens of species which couldn't stand even the sight of each other, here to work together on a common goal.

"Some of us will not return from this mission. Those not back come next the moon cycle will be honored for their noble sacrifice."

The huge Troll looked around the den, his flickering yellow eyes sweeping the gathered warriors. "They say we do not exist. We will show them otherwise. We will stop them from destroying our very lives!"

There were rumbles of agreement from the small herd of Cyclopses, all that remained in the entire world now, but the Unicorns voiced a unanimous feeling.

"They don't know that that every time they tell a child we don't exist, it wound us, slowly kills us. They are ignorant."

The boulder above trembled with the raised voices, most against the horned horses and the Troll slammed his club against the earth, making it shudder. The dirt screamed in protest and silence fell.

"It doesn't matter. They are evil. Nature's soul has been ripped out and used for their comforts! They have earned this for hurting the Mother!"

The thunderous agreement came from even the pale symbols of purity behind her and the Unicorn bowed her head in acceptance.

"Come dawn, we will be by your side."

The Troll's voice was almost kind in response but there was steel in the words. "We do not do this lightly. We have let them almost wipe us from existence before joining Nature's army."

The lean Cyclops stamped his paw in agreement. "Surely this will make them understand."

The Troll shrugged, not meeting his fellow mythical creature's eyes. "And maybe a miracle will save us all. Until then, I fight!"

The Big Rock shook again with angry voices and the birds in the nearby roots clucked in satisfaction. Nature would be happy with how the recruiting was going this time.

Humans had finally done enough damage that even the most peaceful of life forms were adding their strength to the fight. With the Unicorns now on board, more of the most elusive creatures would too. Like the Dragons.

Small battles were already taking place across the planet, sharks a common soldier, but for the most part, humans still had no idea that war had been declared by The Mother. They simply refused to accept the environment as a living, thinking being and that was their mistake. It would also be their ultimate downfall, as Nature had no mercy left to give.

Her first blows, Katrina and the Indian Ocean Tsunami, had been felt worldwide but the worst was yet to come. Mother Nature had reached her limit and humans had to go. Or she would.

"We should go back now, Mr. President." The agent suggested it firmly but the elegantly dressed man ignored his bodyguard.

"Look at those floats. So realistic." The President moved closer to the parade line, the six agents roughly keeping the crowd of screaming partier's back and the huge, exotic animals glided closer as the Mardi Gras music increased in tempo.

"Look at that octopus! I'll bet it's 50 foot wide." The President slipped under the caution rope, his agents protests waved off, and they surrounded him in the street as the street performers moved wildly by.

The men holding the eight legged octopus strings were clever, short little beaver-like forms with huge teeth and fangs, and they yanked the float down viciously as the President moved closer.

Carnival music shot into the air, vibrating the ground, and it overwhelmed whatever response the man made. The crowd screamed in delight as fireworks exploded above them, drawing every head upward, and very few of the drunken partier's realized that the President and his agents could no longer be seen for the huge octopus float.

When it rose back into the dark sky and moved on, he and all six of his agents had vanished without a trace. The spots of oil in the street ignored by those who came to investigate. Since the spill, it was everywhere.

Dedicated to all the 'life forms' man has hurt, killed, destroyed completely, changed irrevocably. I hope someday we'll actually deserve to share this planet with you.

(A personal note: I don’t know this first author. I found this free book on my new Kindle Fire and became hooked. I am recommending it based on my own anticipation of the fourth book in this series. I couldn’t wait, despite the errors you’ll notice. I think the reviews are a bit unfair about her talent. Like me, she really does require a constant editor. That being said, the prices are good, and the plots are a nice mix of basic fantasy with a few surprises that will draw an emotion from you, be it laughter or tears. And the final book, IMAO? Not as good as the first three. 4 stars instead of 5, but very worth the time. 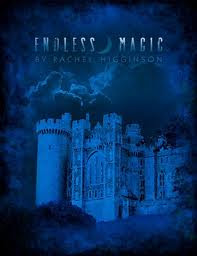 16 year old Eden Matthews has been in and out of private schools for the last two years. She can't seem to stop herself from closing them down. Kingsley is her last chance to finish high school and the last private school willing to accept her. She is focused on just getting through graduation until she realizes Kingsley is not like the other private schools she's been to.
The students may be different, but so is she. And after meeting Kiran Kendrick, the boy who won't leave her alone and seems to be the source of all her problems, she is suddenly in a world that feels more make-believe than reality. To top it off, she is being hunted by men who want to kill Kiran and her best friend Lilly is taken away to a foreign prison. Eden finds herself right in the middle of an ancient war, threatening everything she loves. She alone has to find a way to save her best friend and the boy who has captivated her heart. Reckless is an intricate story about mystery, adventure, magic and forbidden love. Eden Matthews is an unlikely heroine determined to save the world and be with her one, true love before it's too late.

#2.     Delivered to Eternity by Laura Yirak

(Personal Note: Laura has been a guest on my blog before and is a regular of C9 Tours, a division of my Publication company.)

Alesta is a nurse with a secret. When babies start disappearing from her hospital, the police investigation implicates her. The police, however, are the least of her problems, as her past comes back alive. Such is the way with vampires.

Delivered to Eternity is fast-paced, thrilling and delivers it all, with a bit of bite, fear, all wrapped up in Scottish humor.

Have a nice week,
A. White

Posted by That Writer Chick at 2:00 PM