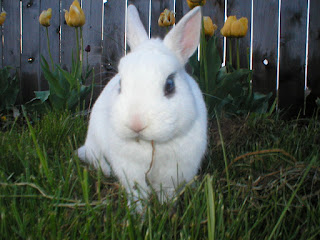 For the holiday, many people do romance or family bonding type stories. I thought I’d swing far right of that and give you something horrible and poetically wrong, yet perfectly right.

The girl's tears were silent as she cowered on the carpet of the living room, wincing at every word shouted inches from her terrified face.

"I'm up now! Get your damned basket!"
The 7 year old scrambled back, avoiding the sweeping hand but not the foot and it caught her in the hip, bringing a dull flare of pain.


Out in the cool air, the girl lingered outside by the meager Easter Basket, candy untouched, tears dried to her red cheeks. She could still hear her mother's loud voice inside, complaining about being woken up early, and the neighbor's were staring openly through their trailer window, but Madeline knew better than to think they might help her. Other kids in the park had the same life and while everyone whispered, no one helped. They had no one to stand for them.

The little girl looked around with startled eyes, only to find a snow bound trailer park.

Right by her feet now, she looked down to see a large rabbit. Longer than her foot, taller than the old tom her mom threw rocks at, the bunny was big and dark gray, with large black eyes.

The child blinked. Its mouth had moved!
"You talk!"
The rabbit nodded, pointed a paw under the skirt-less mobile home.
"Come with me. I can help you and your friends."

The animal hopped casually out of her sight. "Come on, Maddie. Let's play a game called teach the grownups to be nicer."

Torn, the little girl went slowly and when the neighbors saw her disappear behind the concrete supports under the trailer, they closed their curtains, thinking she was smart to give her mom time to cool off. The untouched basket of Easter candy didn't raise any alarm.

It did with her mom hours later, but not the worry kind that makes you think something bad may have happened, but the annoyed kind that said someone wasn't where they were supposed to be. When she began screaming the girl’s name, the neighbors thought of telling her where the child was but didn't. It sounded like she hadn't cooled off very much.

The little girl didn't answer and her red face was tight with concentration.

The rabbit handed her a small pouch and the girl quickly grabbed a fist of the gold and black powder.

"Madeline! So help me girl!"

The Mother was close and the rabbit laid a comforting paw on her foot when she trembled.

"Do this Maddie, and she'll never hurt you again. I promise."

The girl nodded, eyes clenched shut and when she blew the dust into the cold air, it sparked, flashing into a ball of brilliant flames that covered the child from head to foot. A second later, the grinning rabbit was gone and the girl was being roughly yanked from an under the trailer.

The woman shook the girl wildly but her motions slowed as she got a look at her daughter’s face.

The child's attack was merciless, her long claws ripping into warm flesh and as the body fell, the neighbor's curtains swung shut and the girl headed casually toward her best friend’s home.

Mandy's dad liked to hug her and touch her a lot. It was time he learned to keep his hands to himself. Then, she'd show Mandy the dust and they would go to Jacob. When there were enough of them, they would take care of the other evil-doers, the ones who watched but didn't help. Their turn was coming.

This Doesn’t HappenIn The Movies

(Renee has been a guest on C9 Virtual Tours) 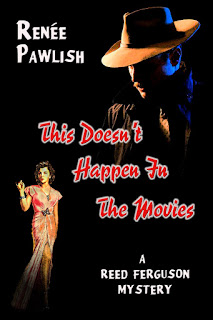 “I want you to find my dead husband.”

That was my first reaction.

“I want you to find my husband. He’s dead, and I need to know where he is.” She spoke in a voice one sexy note below middle C.

“Uh-huh.” That was my second reaction. Really slick.

Moments before, when I saw her standing in the outer room, waiting to come into my office, I had the feeling she’d be trouble. And now, with that intro, I knew it.

If she wasn’t tired of the repetition, I was, but I couldn’t seem to get my mouth working. She sat in the cushy black leather chair on the other side of my desk, exhaling money with every sultry breath. She had beautiful blond hair with just a hint of darker color at the roots, blue eyes like a cold mountain lake, and a smile that would slay Adonis. I’d like to say that a beautiful woman couldn’t influence me by her beauty alone. I’d like to say it, but I can’t.

This Doesn’t Happen in the Movies

(Helmy has also been a guest of C9 VT) 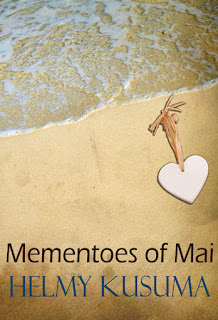 A mundane office life is suddenly changed into something entirely different in a flick of a hand. Helmy's visit to Viet Nam made him face the beauties he long forgot, and now he must make up his mind to pursue the love of his life...


Would he be able to reconcile his past and his present to step into the unknown territory of the probable future? Could he bridge the space between himself and his love?

Follow Helmy as he recounts the defining and beautiful moment in his life, through the river and the cove of Viet Nam, across the sea to Bali, and Jakarta.

You guys have a safe Sunday.