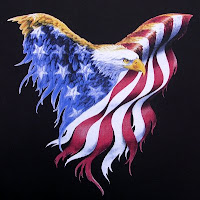 “The blast of the sirens was a glaring shock. It wasn’t test day, not even the right time of day, and that blaring warning was horribly loud and instantly ominous. Usually followed by a pattern of short blasts and one long, this sound never halted, never paused and it only grew louder, more eerie.


“After a full minute, other signs began to appear. Television and cable channels tuned automatically to the emergency broadcast system, as did car radios, cell phones, and computers- all carrying the same message. We were in grave danger.


“And then the panic set in as ATMs, bank accounts, internet access, and the NY Stock Exchange closed down. We couldn’t call, couldn’t withdraw, and were cut-off from all lines of communication as we stared, stunned at the sight of bombs flying through American airspace… and then into our homeland. How many went insane from the shock and grief of watching so much death? It’s impossible to say.


“The cameras rolled constantly, capturing it right up close. Some day, a gifted soul may find these relics and use them to prove how the end of the world happened…and I have little doubt that when it goes public, it will be a censored version of the truth, like usual. Some things, even a nuclear world war can’t change…”


The professor hit stop on the recording and turned toward his most promising pupil. “Yes, Amanda?”


The girl blushed prettily, but her teammates knew there was steel under those vivid blue eyes.


She lowered her hand. “Was she right? Does it never change?”


The instructor’s sharp gaze evaluated. “There is good and bad in equal amounts in the human soul. It is up to you which one is served - because of HER efforts to preserve the chance HE gave us.”


The girl nodded, extremely long blond ponytail properly secured, but for a single rebellious curl. “And have we? Honored their sacrifices, I mean?”


Never hesitating to tell his men the truth, the Eagle answered confidently. “Yes, as much as any group of people can, who carry so much evil naturally.”


Satisfied, the rookie fighter settled back to finish listening to the audio tape and her CO made a note to tell those in charge she almost ready for the real battlefield, where horrors from the past still existed in cruel, heartless reality. Here in New Network City, they were enclosed by the dome – safe. Out there, was another world to be conquered, settled.


The teacher hit the button, letting them listen to the full tape this time. Amanda was all they’d hoped and more and so far, no one suspected she’d been modified. The success with her would allow them to get further, and in a few years, there would be hundreds of embryos that no longer contained the half and half mix of good and evil. Like the girl in front of him, these daughters of Alexa would be pure, allowing Adrian’s dream to see fulfillment.


They also wouldn’t be exactly human. The DNA strands they’d found had allowed them to almost bring the fire-demon herself back. Alexa would walk again… and in her rule, the final summit would be achieved.


They couldn’t kill evil out completely without exterminating themselves. So, they’d chosen to breed it out instead. Peace at any cost.

Here are a couple of books you may like. Both of these authors were kind enough to host me on their blog for Adrian’s Eagles release and I’m very grateful. 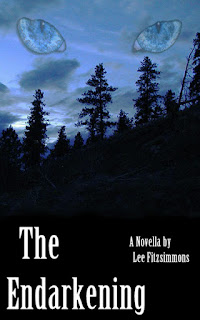 The Endarkening by Lee Fitzsimmons
$2.99

In the darkness, things are not always what they seem to be...

Johnny finds a very old book containing specific instructions about summoning the Dark Prince Gabriel and his legion of Elder Daemons. These legions of darkness are after the soul of Rashan Alexander, a Jamaican prodigy whose destiny it is to bring peace to many war-torn areas of the world. In order to stop this demonic threat and save the life of Rashan, the people of an entire city must unite together or be destroyed by their own evil desires.

The Endarkening is the first volume in a series of novellas entitled The Daemonic Chronicles by up and coming author Lee Fitzsimmons. This passionate, yet intensely action-packed thriller is filled with both diabolic ritual and heart-warming salvation, as the quickly paced narrative keeps the reader entranced until the very last page. 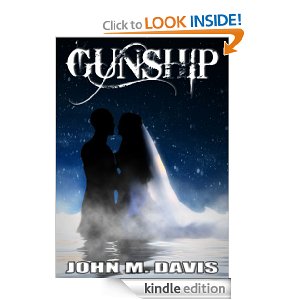 Adam Michaels is a down on his luck space smuggler, that is until he is offered a chance to score the big payday by taking a job with the highly feared Hunter clan. The vampiric race places a young lady in the lap of the Gunship's crew, and Adam slowly begins to fall for the woman he has waited an entire lifetime to find. Now, he must decide between the money they so desperately need or the beating heart in his chest, a choice that would place both he and his crew in serious danger.

Gunship and Glimmeria are both non-stop thrill rides filled with humor, cheap whiskey and unique races of beings which exist beyond the stars as we know them.